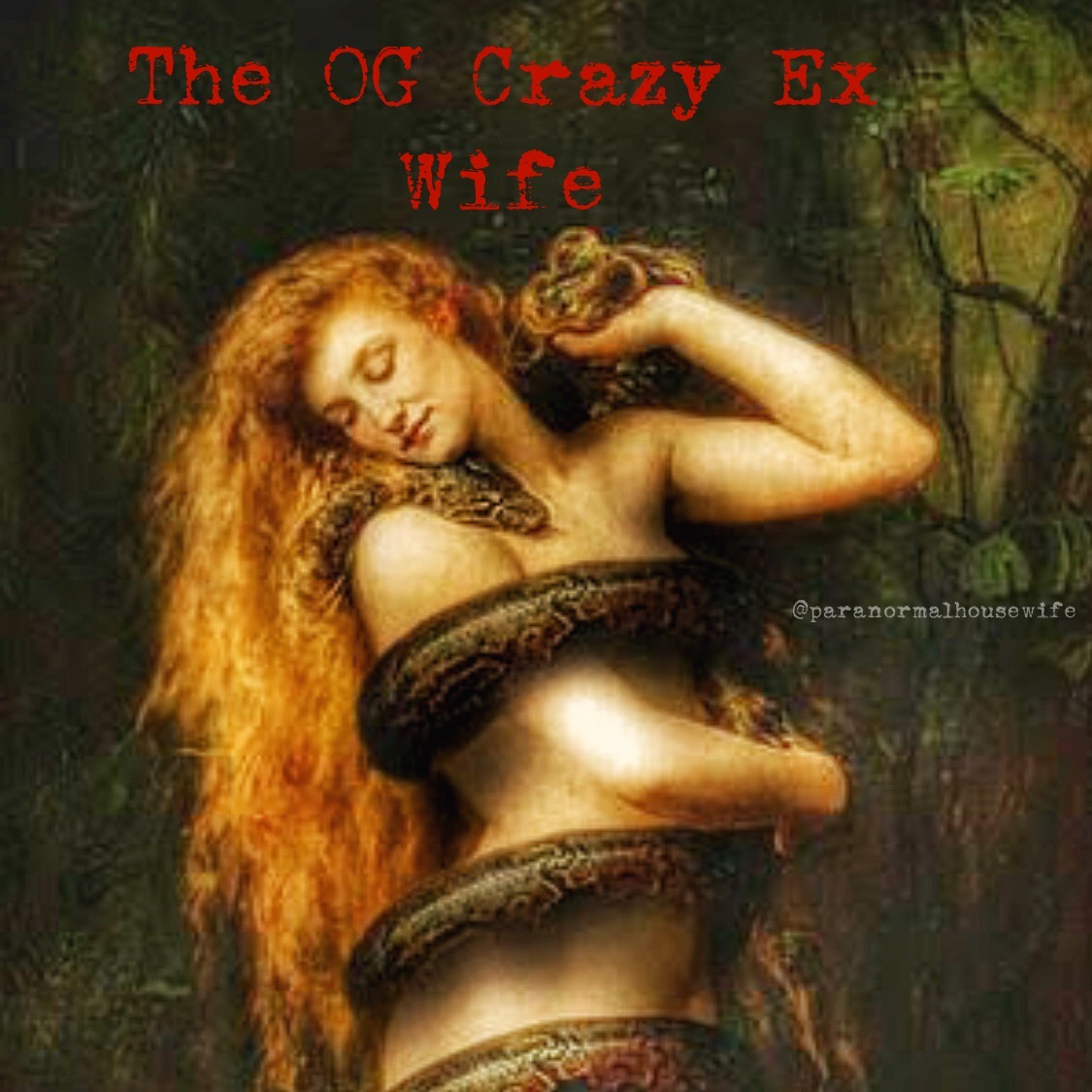 Growing up, whether you were Christian or not, you were probably taught at some point the Adam and Eve were the first humans created by God. What if I told you that Eve was actually Adam’s second wife?

According to early Jewish texts, God made a woman from dirt to be an equal to Adam named Lilith. Like some men of today, Adam refused to be equal to a woman. Lilith was a strong woman who refused to give up anything that would make her less than equal to Adam. That included refusing to lay beneath Adam during sex. After Adam tried to force himself onto her, Lilith decided to flee Eden to be free of Adam. Adam pleaded to God to make her return. God sent three angels to plead with Lilith to return to Adam. The angels are said to have found Lilith living by the Red Sea where she had become the bride of Samael and was giving birth to several of his demonic children daily. The angels tried to persuade her to return to her husband, Adam, and to submit to him. They told her that if she refused to return, they would drown her in the Red Sea. Lilith continued to refuse to return to Adam or to submit. So, instead of killing her, God killed 100 of her demon children. The killing of her children enraged Lilith so much that she promised to seek revenge by terrorizing women giving birth, stealing newborns, and by luring men who sleep alone. Some theorize that it was Lilith who was disguised as the snake to who tempted Eve into eating from the Tree of Knowledge because she wanted Eve to that she didn’t have to submit to Adam and that she could be equal as well.

Over the centuries, Lilith has evolved into a demon that is mentioned in several cultures and religions. Lilith is Assyrian for screech owl. Lilith also comes from the Sumerian word “lilitu” which means wind spirit or female demon. The Sumerians and Babylonians Said she was half bird and half woman. They considered her to be either a demon or a dark goddess. They attributed her to Sumerian witchcraft. The Sumer also considered Lilith to be a vampire who drank the blood of pregnant women and small children in order to nurture her demon children. According to the Babylonians, Lilith was a dark spirit with uncontrollable lust. She would attack men who slept alone to steal their sperm to create more demonic children. These stories are similar to those of succubae. She is often described as a great beauty with flaming red hair, pink cheeks, blood red lips, and pale skin.

Even the Greeks had a version of Lilith. The Greeks called her Lamia the child killer. She is described as having the upper body of a woman and the lower body of a snake. Lamia is considered to be the daughter of Hecate. Hecate is, of course, the goddess of magic, witchcraft, the night, moon, ghost, and necromancy. The Greek say that it was Hera that killed Lamia’s children and to seek revenge Lamia would take children to eat them. Lamia is also known for her insatiable sexual appetite.

In modern times, Lilith has become an icon of the feminist movement. Feminist use her as a role model as an independent woman. They celebrate the fact that she sees herself as man’s equal. Instead of casting her as the villainous taker of children, they hold her up as the mascot of abortion. In The Perfect Matrimony, Samael Aun Weor claims Lilith is the mother of homosexuality. In Wicca, Lilith is considered to be the Hebrew version of Hecate. They believe she is aligned with all things associated with the night such as the moon, darkness, and animals that are active at night like the owl.

Over the centuries many charms, amulets, and traditions were made to ward off Lilith from harming pregnant mothers, their children, or men. The earliest protection was putting the names of the three angels that came to Lilith by the Red Sea to try to convince her to return to Adam on the wall of the room a mother is giving birth in or the children’s bedroom. The angels’ names are Sanvei, Sansenvei, and Semangelof. Another common thing to write on the wall is Adam and Eve’s name written in coal inside of a circle and Lilith’s name written on the outside of the circle. Parents will also tie a red ribbon or string to the baby’s crib.

Another amulet used as protection against Lilith is the hamsa. A hamsa is a hand-shaped symbol with an eye on the palm. It is through the hamsa that I first learned about Lilith. A few years ago, I use to work as a nanny. One of the families I worked for was Jewish. When I first started working for them, the mother had a unique request for me while I was with her children. She gave me a silver hamsa charm on a necklace and asked that I wear whenever I was around her children. She was concerned that Lilith would harm her sons and thought that since I wasn’t Jewish, I could accidentally create an opportunity to for Lilith to do so. I worked for that family for over a year and always made sure to wear the necklace when I was with the children. Although I am not Jewish, I still find comfort in the symbol.

Do you think Lilith is the blood-sucking baby killer that most folklore makes her out to be? Or do you think that she is a misunderstood free spirit who’s lust and independence has been twisted into something evil by people who were jealous?