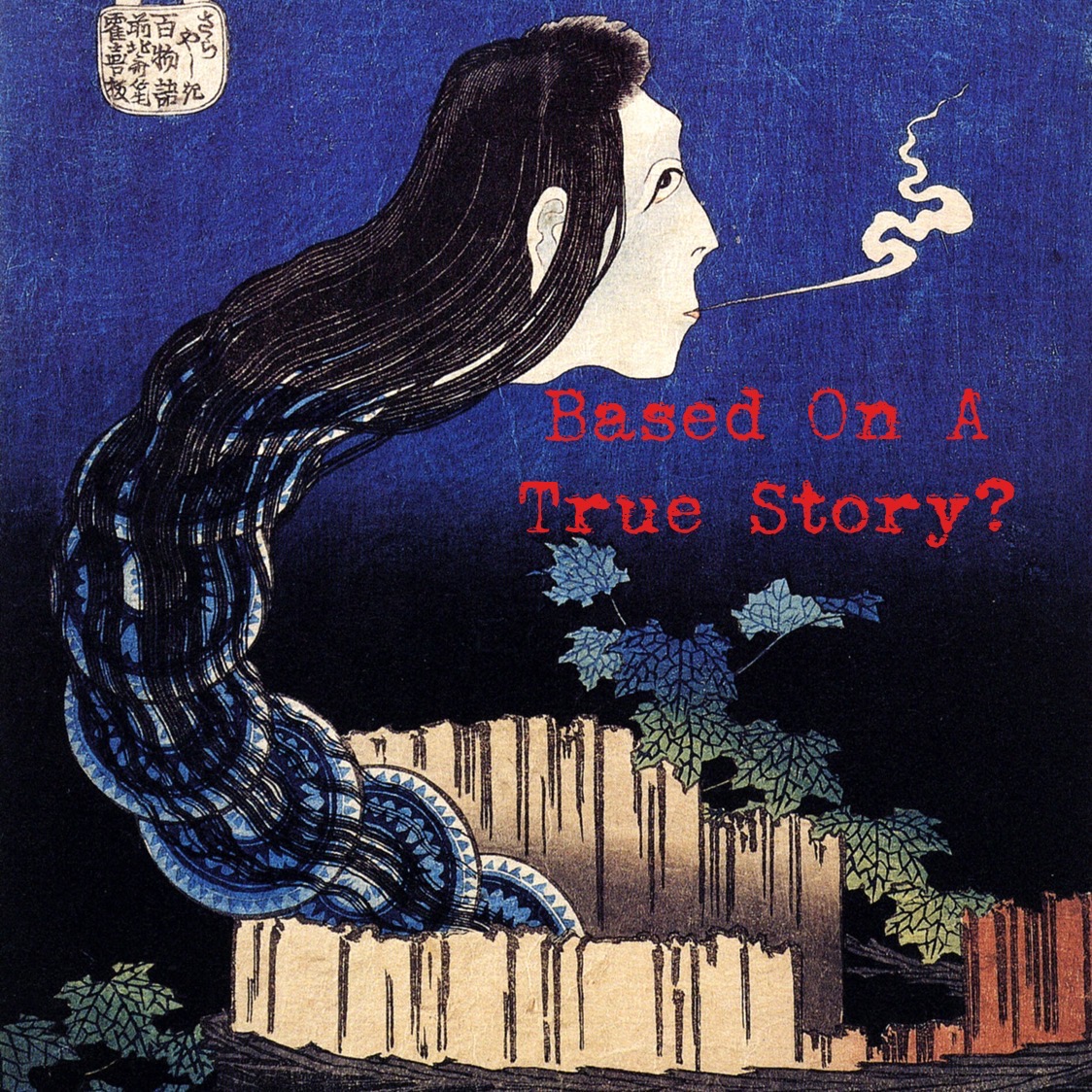 I can’t tell you what my first horror film was but I can remember my first Japanese horror movie. The one that launched a life long semi-obsession with them. That movie was the Japanese version of The Ring. My friend, Nicole, let me borrow it for a few days after we had gone to see the American version in theaters with our boyfriends. She promised that the Japanese version was a lot scary than the American version.  I remember sitting in the back of my station wagon in between classes at Alamance Community College watching it on my laptop. I loved how much it scared me no matter how many times I watched it. Unlike the American version, the Japanese version actually went into why the spirit was trying to kill everyone. It made it seem more realistic and believable. Most Japanese horror movies I have since watched were similar in scare factor and explaining why the hauntings happened in a believable manner.

If you are one of the few who hasn’t seen The Ring (either the Japanese or American version). When her niece is found dead along with three friends after viewing a supposedly cursed videotape, reporter Reiko Asakawa sets out to investigate. Along with her ex-husband, Ryuji, Reiko finds the tape, watches it — and promptly receives a phone call informing her that she’ll die in a week. Determined to get to the bottom of the curse, Reiko and Ryuji discover the video’s origin and attempt to solve an old murder that could break the spell. (fromFandango.com)

While living in Japan, I asked the mothers of my students about some of the horror movies. Some of them, they just laughed at and said that they were made up to scare people or similar to old wives tales. One movie though, two of the moms claimed were based on a real spirit. Coincidentally, that movie was Ringu (the Japanese version of The Ring). They said that the movie was based on a spirit who haunted the well at Himeji Castle. While I never got a chance to visit the haunted well, I did research the stories behind the well. There are several versions of the story but most boil down to the same theme.

The most common story I came across (and the story that the moms told me about) was about Okiku and her master, Aoyama. Okiku was a beautiful maid and Aoyama was a samurai at Himeji. One of Okiku’s jobs was to care for 10 delftware (the traditional blue and white china) plates. Aoyama fell in lust with Okiku and kept trying to persuade her to be his mistress. Okiku refused each of his advances. Angered, Aoyama decided to try and trick her into becoming his mistress. He went to where the plates were kept and hide one of them. Then he called for Okiku to come to the plate room. He threatened to let be publically known that she took one of the plates unless she agreed to be his mistress. Okiku counted the plates and confirmed that one was missing. Okiku denied taking the plate and continued to deny Aoyama’s request that she become his mistress. Aoyama continued to press her to either give up the plate or to become his mistress. Whecontinuedntinue to deny him, he grew angery. He dragged Okiku to the well just outside the castle and tossed Okiku into it. Okiku died in the well.

Soon after her death, Okiku’s spirit was seen around the castle. Every night it would crawl out of the well and go to the room where the plates kept. Her spirit would count the plates one by one. When her spirit could only find nine plates, she would begin to screech and howl in horror before going back to her well. While this continued to happen ever night, no one was able to sleep in the castle. The lord of the castle demanded that a priest come take care of the spirit. The priest stayed up one night and kept hidden in the plate room. He watched as Okiku’s spirit crawled into the room and began to count the plates. As she counted to nine but before she could start screaming, the priest loudly yelled “ten”. Okiku’s spirit assumed the plate had been found and left without screaming.

Other versions of the story say that Okiku was the mistress of Aoyama and that his wife had found out about their affair. Being jealous of their relationship, Aoyama’s wife slipped down to the plate room and broke one of the plates on purpose. She did this because she knew the punishment would be death for the keeper of the plates. When Okiku realized that one of the plates was missing, she threw herself down the well. Her spirit would crawl out of the well, like in the previous version of the story, to count the plates.

The mothers I spoke to about this story said that people still claim to see Okiku’s ghost crawling out of the well or see her in the plate room. It is hard to confirm these stories because Himeji Castle is closed at night. This folklore is so popular that if you look on Google Maps, you can see the well labeled as Okiku’s Well. Next time I go back to Japan, this is high on my list of places to go see and possibly investigate.