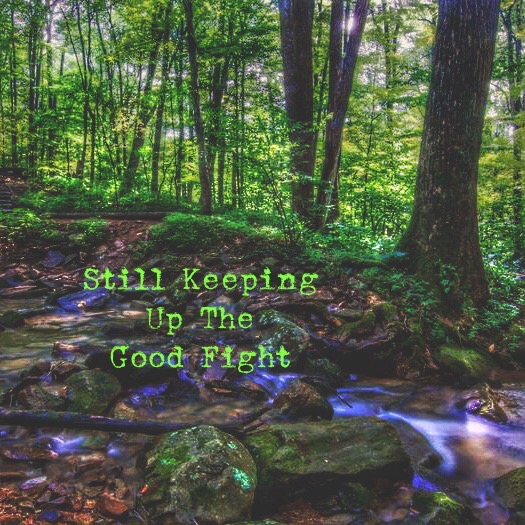 Sometimes the events of from long ago seem to soak into the areas where history was made. With everything going on right now in the United States, these ghostly echoes remind us of those who came before to fight these battles either in the field or in a hospital bed. Some of those who fought before seem to still be fighting near these two campgrounds. Hopefully soon we all can find peace and health, in this plane of existence and beyond.

Antietam Creek Campground is located in Hagerstown, Maryland near where the Battle of Antietam happened. The battle occurred on September 17, 1862. The battle was consider to be “artillery hell” due to over 50 cannons and over 50,000 rounds of ammo being used. The battle had about 23,000 causalities.

Visitors to the campground and the battle field have reported several ghostly occurrences. The spirits of soldiers have been seen walking around both the campground and the areas surrounding the battle ground. Visitors have heard gunfire, cannons fire, and heard military drummers when there aren’t reenactments scheduled. Many people have reported smelling gun powder. Confederate soldiers have been seen walking down Bloody Lane.

Blue orbs of light have been seen on and around the Burnside Bridge. Many soldiers have been reported to be buried around the bridge.

Some young school boys were walking down Bloody Lane when they heard a people chanting what they thought was Christmas carols because it sounded like FALALALA from Deck the Halls. This area is near where the Irish Brigade charged the Confederates. Their battle cry of Faugh a Ballaugh which means “clear the way”. The Irish Brigade lost 540 soldiers during this battle.

If you are interested in staying at this campground or visiting the battlefield, please check out this website for more information.

Originally the land here was part of a sacred Native American reservation. It was later purchased by Henry E. Bothin who built a convalescent home for women and children in 1905. The convalescent home was originally called Hill Farm and housed 30 patients. During the summer months, tents and cots allowed for an additional 60 patients to receive treatment. In 1910, the Manor house was built to accommodate an additional 40 patients. The Manor house was known as Arequipa Sanatorium and used to treat women who had tuberculosis. It was closed in 1959. Starting in 1948, the area was offered to the local Girl Scouts troops to be able to camp in the woods. After the closure of Arequipa Sanatorium, the Girl Scouts started using the buildings on the property for their retreats and events.

Visitors to the area have reported hearing and seeing different anomalies. They have heard former patients moaning and groaning. A nurse has been seen pushing a old medicine cart down the hallways of the Stone House which is used as a dorm now. Doors shut by themselves. Lights turn on by themselves. Visitors have reported glancing into windows and seeing someone move things around but upon investigating, there is no one in the room, the door is found locked, and the person can’t be found again.

Campers have reported seeing what looks like Native Americans walking through the woods. Reports of chanting and screaming heard in the woods have also been given by campers. They have also heard the moans and coughing from areas on the lawn where no one else can be seen.

For now (from what I found during researching this area), only those with permission from the Girl Scouts have permission to camp and use the facilities here. Please follow their rules and don’t go on this property without their permission.

While visitors to both campsites haven’t felt any harm, I’m sure seeing and hearing the past reliving itself can be unnerving. Please be respectful if you go to investigate the spirits that are suppose to haunt there.

Please be sure to check out my shop to see the new necklaces, earrings and pendulums that have just been released.